This Simple Choice Guarantees Success in Business and Life

In my 40 plus years as an entrepreneur, I’ve discovered two different types of people: People who are functional and people who are vital.

When you become this kind of person, not only do you thrive wherever you are, you also bring out the best in your team, your business, and your life.

So how do you make sure that you are one of the vital ones?

Key People of Influence are Vital People, not Functional People

As an entrepreneur or business leader, you can’t get the results you want without vital people in place on your Dream Team, because they add something functional people don’t have.

Functional People are Replaceable — and They Know It.

Functional people might be great at what they do. They might look good going through the motions of what they do, but at the end of the day, they are replaceable. If someone can find a cheaper option, they will take it, because a functional person is just one possible solution to a problem.

People who are in functional jobs see themselves as competent when executing a set of processes. They try to get incrementally better at those processes and make marginal improvements.

Functional people try to stay up-to-date with the standards and make sure they are able to perform as directed.

A company can downsize functional people. A client can replace a functional supplier. An investor can put their money into something else that’s just as functional. The worst part is that if you are just a functional person doing a functional job it is evident in all you do and to all around you.

Functional does the job, but functional is still replaceable.

Functional People Worry, and it Shows.

Functional people worry about being downsized or overlooked for promotions. They are fearful that someone might come along who can do things better than they can.

They are concerned about technology and new systems that could replace the tasks that they know how to complete.

Functional People are Scared to Take a Holiday.

They worry about what will happen while they are gone. Will they have a job to come back to? Will their clients find someone else? Will they lose opportunities they really need?

A holiday is a scary thing to take when you are functional because it shows that anyone can do what you’ve been doing.

Functional People Associate with People who Reaffirm that Life Is Tough.

They like to be reassured that the economy is affecting others and that times aren’t what they used to be. A functional person loves the comfort of their friends, who don’t push them or inspire them to step up to a whole new level.

They stay fixed in their mindset and never look for situations that push them to grow.

The word vital has two potent definitions. One definition means “irreplaceable” and the other means “life-force.”

Vital people feel they are the “irreplaceable life-force” of a project, a business, an industry, or cause.

They feel like they own a specific piece of turf and that no one could replace them. Thus, they recognize that any new people who show up are potentially new partners, not competitors.

They like to see themselves as redefining the game in some way. They have opinions and their own unique take on things that makes them almost impossible to overlook. They exude confidence, not in an arrogant manner, but because they’ve produced results.

Vital people see themselves as aligned with the result rather than the process.

They don’t care so much about how it happens. They ask questions about why we do things this way and what will it be like in the future. They take ownership of both their successes and their failures. They have a genuine desire to get things right and maximize everything they do.

Vital people are worried about value.

They want to deliver more of it, regardless of how it happens. No matter what, they will always be able to adapt and change dynamically if it gets them towards a better result, a faster result, or a result that matters more. They aren’t content with simply doing the minimum that is required or expected of them. They go overboard and excel as a result while making those around them better.

Vital people know that part of what makes them vital is that they have a certain spark that few people have and that they have fresh ideas that people want to tap into.

For a vital person, a holiday is a place to get re-energized and to stimulate ideas. It’s also a great reminder to everyone just how vital they are. A vital person knows that while they are gone, people are worried that they won’t come back!

A vital person likes to be challenged by their contemporaries.

They welcome challenging debate and stimulating ideas. They want people to push them, to bring the best out of them and to stay true to the idea that there’s always a new level to play at. A vital person will leave a group of people who slows them down for a group that stirs them up.

They know the truth of the saying, “If you’re the smartest person in the room, you’re in the wrong room.”

Be Functional or Be Vital. Choose Wisely.

You can choose to be…

You can choose how you want to show up.

If you want to thrive, multiply your success, and achieve bigger and better things, the choice is obvious. It’s time for you to stand up and become vital. 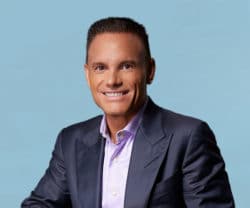 As one of the top entrepreneurs of our time, Kevin Harrington has over 40 years of experience disrupting the marketplace and generating phenomenal results. He has launched more than 20 companies that have grown to over a $100 million in revenue each, and his work behind the scenes of legendary business ventures has produced over $5 billion in global sales via the launch over 500 products, while helping make dozens of millionaires along the way.