As the Executive Director of the National Comedy Center — the United States’ official cultural institution dedicated to comedy as designated by the U.S. Congress — Chautauqua County, New York native Journey Gunderson has demonstrated the entrepreneurial passion, creative energy, and innovative spirit reminiscent of the pioneering woman whose vision she was hired to bring to life – Jamestown, New York’s own Lucille Ball. For over seven years, Gunderson led the planning, strategy, fundraising and creative development for this ambitious project, forging relationships with supporters that range from local community organizers to the halls of state and federal government, and from cultural philanthropists to legendary comedy innovators.

The result is an unprecedentedly comprehensive and engaging visitor experience, based on the Lucille Ball’s wish for Jamestown to become a destination that honors comedy’s great minds and unique voices in ways that educate, engage and inspire future generations. A $50 million investment — funded by a mix of federal, state and private philanthropic support — the 37,000-square-foot museum complex is expected to have a $23 million impact on the local and regional economy in Western New York as a major tourism driver.

Gunderson and her team opened the National Comedy Center in August of 2018 with a grand opening that featured some of most prestigious names in comedy, including Lily Tomlin, Amy Schumer, Lewis Black and original Saturday Night Live performers Dan Aykroyd and Laraine Newman. Since its opening, the Center was voted “Best New Museum” in the country in 2020 by USA Today, TIME magazine named the Comedy Center one of the “World’s Greatest Places,” and People magazine selected it as one of “100 Reasons to Love America.” Condé Nast Traveler called it “One of the best museums in the country,” while comedy authority The Interrobang named Gunderson and the design team of the National Comedy Center second on its list of “Innovators Who Changed Comedy.”

Under Gunderson’s guidance and direction, the National Comedy Center has led the way in 21st-century museum design, featuring state-of-the-art technology, interactivity and personalization for visitors of all ages, customized for their specific interests and tastes. Visitors from all 50 states and eighteen countries have given the Comedy Center a rare 5/5 rating on TripAdvisor, ranking among the highest in the attraction and tourism industry.

In 2020 Gunderson navigated the National Comedy Center through the COVID era, raising significant funds to keep the museum on solid financial ground, while finding new and innovative ways to stay connected to comedy fans across the country.

Gunderson and her team transformed one of the most interactive museums in the world into a safe, touch-free and worry-free visitor experience with the introduction of its award-winning LaughSafe health and safety program, launched the Center’s new digital content platform National Comedy Center Anywhere, and reimagined its annual Lucille Ball Comedy Festival as a virtual experience, featuring online comedy conversations with over 30 major artists, including Tiffany Haddish, Debra Messing, Jimmy Fallon, Lin- Manuel Miranda, “Weird Al” Yankovic, Jay Leno and SNL’s Aidy Bryant and Kenan Thompson.

In 2019, Netflix, the world’s leading streaming entertainment service, announced a partnership with the National Comedy Center on “The Hall: Honoring the Greats of Stand-up.” The National Comedy Center will become the permanent home of “The Hall” in a new wing of the Center following an induction ceremony special on Netflix planned for 2021. This new wing will offer a curated experience and interactive exhibits, including rare performances and interviews, memorabilia and personal effects from stand-up comedy’s greatest voices, starting with George Carlin, Richard Pryor, Joan Rivers and Robin Williams.

Gunderson was named to the “Blooloop 50 Museum Influencer List” in 2020, which recognizes the most influential professionals in the museum industry worldwide. She has been named by Buffalo Business First’ to its “Top-Forty-Under-Forty” list, selected annually for its “Power Women” list since 2018, and honored with its “C-Level” Award in 2021. Gunderson was selected as Chautauqua County’s “Person of the Year” and named the YWCA Women of Achievement’s “Young Leader of the Future.” She is a board member of the Chautauqua County Visitors Bureau and a past board member of the Arts Service Initiative of Western New York. She also serves as an event partner for the renowned Chautauqua Institution, programming a five-day lecture series focused on comedy during its summer season.

Prior to the National Comedy Center, Gunderson spent six years with the Women’s Sports Foundation, the most powerful women’s sports organization in the world. She 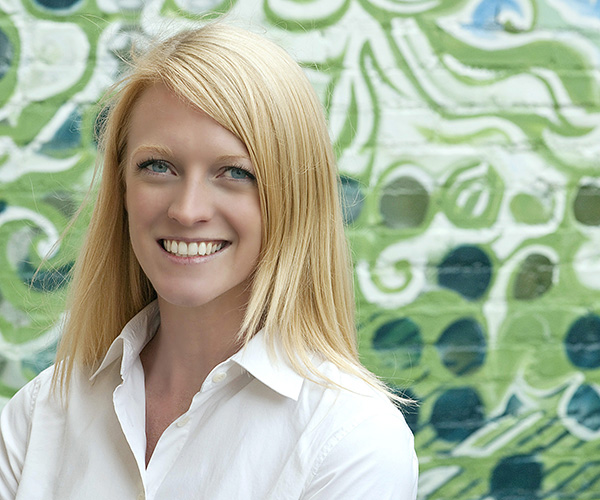 As the Executive Director of the National Comedy Center -- the United States’ official cultural institution dedicated to comedy as designated by the U.S. Congress -- Chautauqua County, New York native Journey Gunderson has demonstrated the entrepreneurial passion, creative energy, and innovative spirit reminiscent of the pioneering woman whose vision she was hired to bring to life – Jamestown, New York’s own Lucille Ball.